Home > SEO > Will An iPad Replace Your Work PC?

When the iPad was released back in 2010, Apple Founder and CEO Steve Jobs said the tablet would eventually overtake PC computers. Many people scratched their head in skepticism after hearing those words, but now there are some numbers to back up Jobs’ prediction.

For the first time ever, figures from Gartner, who has been tracking the growth of the tablet market, have said that by 2015 total tablet sales will reach $320 million vs $316 million desktop PC. It looks like Jobs’ prediction will come true in just five short years, but will iPads truly replace the desktop PC in the office?

When Jobs was at the 2010 D8 conference a few months prior to the first iPad’s release, he compared PC’s and tablets to vehicles. His analogy is perfect for understanding why the desktop PC isn’t going to be leaving your office anytime soon:

I believe that X will be a lot higher than people think and for years to come. Let’s look at the value the desktop PC provides that a tablet can’t match.

If you want to get into some serious work it’s going to require multi-tasking. There is a reason most workstations today involve multiple monitors, because we can get more work done if we can see things side by side. Multi-tasking has gotten easier on tablets, such as the iPads ability to quickly jump from one app to another. But so far integrating a side-by-side feature on tablets like what Microsoft’s Surface has been doing just hasn’t been that successful for real down to business work.

The computing power required to crunch those numbers on your Excel sheet require mega processing, of which tablets are just not able to compute. Sure, Microsoft’s Office products just came over to the iPad a month or two ago, but just because you can do it, doesn’t mean you can do it within the timeframe you’re expecting. The simple case is if you’re crunching huge spreadsheets at work, and it’s taking your desktop hours to compute … just imagine how long it will take on your tablet, if it doesn’t freeze.

Sure, the mobility of a tablet is extremely appealing but sometimes it’s not the most comfortable. When it comes to getting down to business having a small tablet screen shoved inches from your face so you can see all the small details just isn’t comfortable. Having a keyboard with nice big screens is simply more comfortable for spending multiple hours doing the 9 to 5 grind.

So, will iPads be replacing your desktop PC at work?

The answer is a big, fat, NOPE! 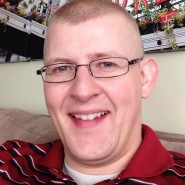