I thought I’d share a few takeaways I had from the webinar.

LinkedIn, Pinterest, Google+ & other social networks are far behind

As a company that handles a lot of paid social media advertising we already knew this. We’ve tested various client projects in many advertising platforms but find social is still pretty limited.

We sort of work in a box a lot of the time. With our sole focus being on client campaigns and not as much time is spent keying into the industry to find out if other people are using these social network paid advertising solutions.

Relevancy scores are where it’s at

We deal with some of the more basic principles Larry provided, like targeting and demographics in mass. I think this is pretty common at this point. What I think not enough people are paying attention to, that Larry pointed out is, relevancy.

When it boils down to it, quality score in Adwords can impact your ads by as much as 5x. That’s big, but it’s nothing compared to social networks. Ad relevancy is a make or break issue in social networks. Larry pointed out 10,000x impacts from highly relevent ads. That’s not an optimization metric, that’s a requirement metric.

Twitter has been the hardest nut to crack. Even remarketing ads in twitter provide negative ROI for any clients we’ve tested. We’ve done quite a few test’s trying to crack this nut.

Larry took the time to respond to a few of my tweets during the session where I had questions on how he was successful with Twitter.

That’s pretty sound advice, but I still don’t know how seriously the accuracy of these have been tested. More work to be done here I think.

Another question I posed:

Now, for this reply, I had to ask a follow up question. We’ve done testing with website click ads before and found they have a difficult time with reach. That makes sense. Twitter’s ad rotation isn’t getting paid much if less than 30% of the clicks on that tweet result in a website click. It’s a simple matter of revenue from ad impression for twitter and when the ads aren’t being engaged heavily by the audience things tend to stop reaching the target audience, even if you’re willing to pay a whole lot for those clicks.

Larry talked about account level engagement playing a role in your relevancy. This was somewhat of an aha moment for me. We rarely pay much attention to the organic efforts of the twitter accounts we’re managing. Why? Because there’s no direct ROI on tweeting about game of thrones images. But Larry corrected this assumption and even went into some detail about how important this was.

So we’ve got some new ideas to be testing. Did you attend? What did you take away? If not, do you have questions about social media advertising? Let us know in the comments. 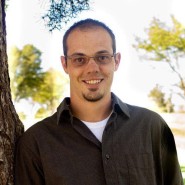