Home > SEO > What Is Matt Cutts Really Saying When He Says Guest Blogging Is Dead?

What Is Matt Cutts Really Saying When He Says Guest Blogging Is Dead?

Are you cut out for the real SEO? 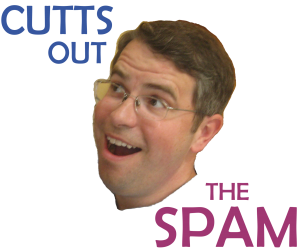 Everyone who follows finance knows the market reaction can be intense when the fed chairman speaks.

Recent threats from the fed to ease up on bond buying have sent the stock market reeling.

The same thing happened when Matt Cutts wrote “guest blogging is dead” on his blog last week. If guest blogging was company stock, smart SEOs would have been excited to sell it, even at a loss. Because smart SEOs are more concerned with authority and relevancy than they are with rankings.

Stupid SEOs are going to hold guest blogging stock until it’s completely worthless because they’re more concerned with rankings than they are with authority and relevancy.

That’s for you to decide, based on how you do your guest blogging.

Is Matt full of crap?

That’s something I can help you with. You can decide if and how you want to keep guest blogging after reading what I have to say on the topic.

But first we have to look closely at the words coming out of Matt’s mouth and figure out what he’s really saying.

“Okay, I’m calling it: if you’re using guest blogging as a way to gain links in 2014, you should probably stop. Why? Because over time it’s become a more and more spammy practice, and if you’re doing a lot of guest blogging then you’re hanging out with really bad company.”

I’ve never bought the idea that SEO is an industry. It’s more of a practice digital marketing agencies use to help connect their clients’ products with interested consumers. The industry is digital marketing. SEO is one of the services we offer. It works really well when you give us some PPC spend and pay us to play with everything from your title tags to your opt-in forms, too.

But something really curious happened a couple years ago when people started making a lot of money selling SEO services to businesses.

SEO started looking like an industry unto itself, complete with agencies you could hire if you didn’t want to learn how to do it yourself.

The “SEO industry,” consisting of SEO agencies, or agencies that don’t do much outside of SEO, is itself a bad crowd.

I want to make a distinction between what I see as the “fake SEO industry” and the “digital marketing industry that sells SEO.” What’s the distinction? The fake SEO industry focuses on rankings to the exclusion of everything else, despite Google telling us time and time again we can help their search engine work better by focusing on authority and relevancy and having faith that the rankings and traffic will follow.

Google has taken steps to make their search engine harder for SEOs to game. SEO’s unique selling proposition for most businesses has to do with avoiding the pain, trouble, and risk associated with creating compelling content (i.e. focusing on relevancy and authority by doing real company shit) and hoping for rankings that might never follow.

I think that’s worth repeating.

That means you’re done doing business online if Google was your #1 source of revenue-generating traffic.

Ergo what Matt’s really saying is there’s a fake SEO industry selling a service focused on rankings, not authority and relevancy. They need to cut it out because it makes Google’s search engine worse for users. If they don’t cut it out, Google will find them and de-index their websites.

Matt goes on to say…

“Back in the day, guest blogging used to be a respectable thing, much like getting a coveted, respected author to write the introduction of your book. It’s not that way anymore…[sic] Moreover, we’ve been seeing more and more reports of ‘guest blogging’ that are really ‘paying for pagerank’ or worse, ‘we’ll insert some spammy links on your blog without you realizing it.’”

SEOs do all kinds of shady things to get links, including taking advantage of webmasters who feel validated by an “established author” willing to “guest” on their blog. Webmasters are being targeted by SEOs, not validated by them.

For a while there SEO article writing was the art of dropping links into an article in such a way that nobody could tell who you were actually working for. You were golden as long as the article read like a native English speaker wrote it and had the link in it.

Look up the word “awesome” in the SEO or marketing dictionary, and you’ll find the definition is “something that scales.” Guest blogging scaled. You could hire someone to write 5 articles a day and use tools to find blogs willing to publish them with links pointing to your site or your client’s site.

Your rankings improved as you filled the web with more and more hogwash content.

It worked. It scaled. No wonder SEOs don’t want to stop doing it.

SEOs have historically focused on rankings, not relevancy and authority. What Matt’s saying, what he has been saying all along, is “cut it out.”

Google wants rankings to be a product of authority and relevancy, not automated junk. But the automated junk worked, and people got used to it, and a lot of people got really, really angry after Google figured out a way to reduce the efficacy of that junk.

Many people lost their businesses outright after Google caught them doing the marketing equivalent of posting signs in digital ghettos. Even if Google can’t catch you with an algorithm, many businesses lose their organic traffic after Google’s webspam team finds a reason to level a manual penalty.

It doesn’t matter if Google can’t come up with an algorithm. Google has all the money in the world to pay people to sit there and review websites the old fashioned way, with humans who need jobs after college.

Tricking Google’s employees is a hell of a lot harder than tricking their algorithm.

Your link profile is public. I can teach a 5th grader how to tell if it looks natural or not. Would you be cool with presenting your link profile to Cutts & Co in their Mountain View offices? Yes or no?

You’re doing it wrong if your answer is “no”.

“Ultimately, this is why we can’t have nice things in the SEO space: a trend starts out as authentic. Then more and more people pile on until only the barest trace of legitimate behavior remains. We’ve reached the point in the downward spiral where people are hawking “guest post outsourcing” and writing articles about “how to automate guest blogging.”

What Matt’s saying is SEOs pervert legitimate tactics by focusing on links and rankings instead of authority and relevancy.

It takes about 10 minutes, and manipulative behavior in your link profile constitutes a good reason for Google to de-index your site.

Matt’s saying cut it out. He’s also saying you’re doing it wrong if your #1 reason for doing something on the web is to get links out of it.

You have to focus on relevancy and authority in order to earn high rankings without risking a manual penalty. That’s what Matt’s really saying and has been saying all along. Period.

Everything else is junk. If it works, that’s fine. Keep doing it. But don’t go crying to Cutts or anyone else when your site makes contact with Google’s ban hammer.

But SEOs have historically been unable to adapt to a world where we have to focus on authority and relevancy.

It’s because there’s a lot of risk associated with creating the kind of relevant content that makes you more authoritative in your industry.

That’s a whole lot trickier than getting links and watching your rankings rise.

To make matters worse for SEOs, there are already companies who specialize in increasing other companies’ authority and relevancy. They’re called public relations and advertising agencies.

They’ve been doing the hard work of creating compelling content since long before SEO was a thing.

Content so good it gets links without anyone having to spam inboxes all over the internet asking for them.

Does your agency have what it takes to compete? Do you?

I sure hope so…

Google Challenges Over the Next 5 Years

3 Link-Building Strategies That Work in 2015